The International Code of Nomenclature for Cultivated Plants: The New Edition 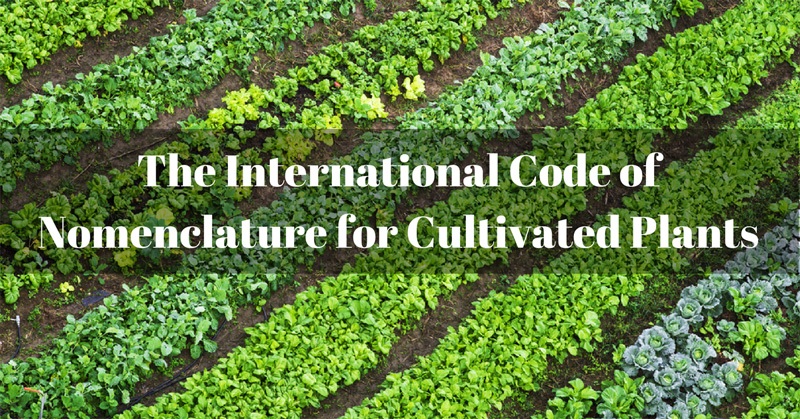 The International Code of Botanical Nomenclature establishes the rules which govern the scientific naming of both wild and cultivated plants. The cultivated plants are all those plants which mankind has developed and selected to grow, cultivate and use and the origin of which is chiefly due to intentional human activity. In essence, The International Code of Nomenclature for Cultivated Plants (ICNCP), guides through the rules and regulations for naming cultigens. Cultigens are species of plants which represent a cultivated form and have not originated from a wild type. They are the result of artificial selection and are also referred to as man-made or anthropogenic plants. Cultigens can be formed in various ways such as plant breeding, genetic modification, and tissue grafting.

According to ICNCP, the names of cultigens are set in three classification categories:

While the ICNCP used to fail to recognize the use of trade labels or any marketing devices as scientifically acceptable names it did offer advice how they should be presented. The ICNCP does not name all cultigens as some do not have recognized commercial value.

In short, this code aims to secure a stable method of naming taxa of cultivated plants, while avoiding ambiguity and eliminating errors. 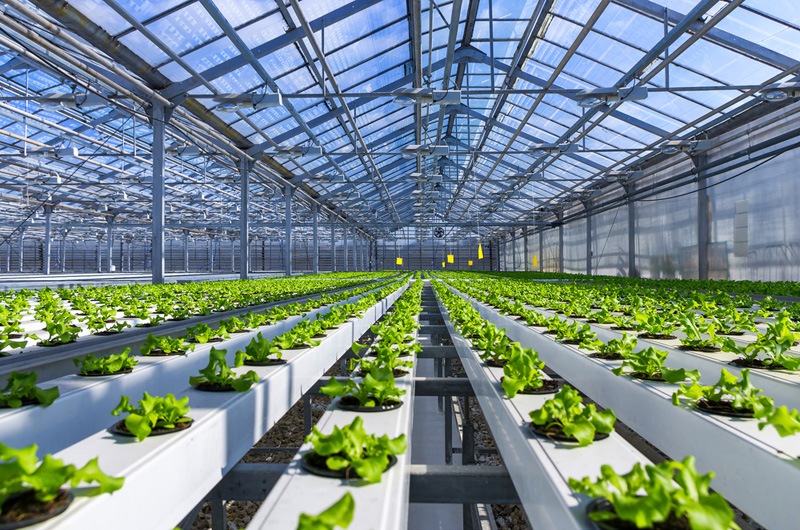 The Article 40 of the Lois de la Nomenclature Botanique dealt with the names of plants of horticultural origin and stated that cultivated plants should be given “fancy names in common language” (Vienna Rules, 1906), as different as possible from the Latin names reserved for wild plants. In case their origin can be traced to a botanical species, subspecies or variety, it is suggested that a sequence of names should indicate the origin. The core sentiments of this Article remain present even in the new version of the ICNCP.

The first official version of the ICNCP  published in 1953 by the Royal Horticultural Society and edited by William Stearn was a 29-page booklet. In accordance with the structure of the Botanical Code, the ICNCP is first presented in the form of an initial set of Principles which are then followed by Rules and Recommendations subdivided into Articles.

International symposia for cultivated plant taxonomy initiates Amendments to the ICNCP, which, in turn, make allowances for rulings the International Commission which deals with the Nomenclature of Cultivated Plants delivers. As a rule, every re-edited or new version must incorporate a summary of the changes made to the previous version. 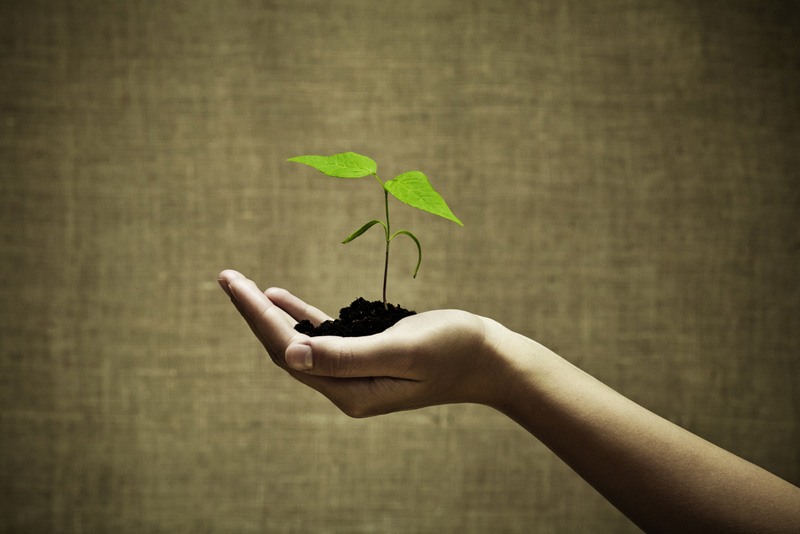 The newest edition of the International Code for the Nomenclature for Cultivated Plants is the ninth one. It was published in 2016 and replaces the eighth edition also referred to as Scripta Horticulturae Number 10 or Regnum Vegetabile Vol. 151., which was published in October 2009.

The suggestions to alter the previous edition had been set forward by all interested parties, and the number of proposals was published in Vol. 5, 2011, Vol. 6, 2012 and Vol.7, 2013 of Hanburyana. During the meeting of the IUBS International Commission for the Nomenclature of Cultivated Plants, which was held in the period from 20th to 21st of July 2013 in Beijing, China, it was decided to prepare a new edition.

Janet Cubey gathered and organized all the proposals submitted, and forwarded them to all the Commission Members prior to the meeting. In this way, even those who were not able to attend could state their opinions and make them known. Moreover, all those attending the Sixth International Symposium on the Taxonomy of Cultivated Plants held on 15–19 July in Beijing, received Copies of the proposals as well.  On the closing day of the Symposium, an open discussion regarding the proposals was organized.

During the IUBS International Commission, meetings were held in order to discuss the proposals to amend the Code thoroughly. The apposite proposals were voted on by all those present, but, at the same time, the opinions of those members who were unable to attend were conveyed to the meeting and taken into account.

Jean Maison (CPVO, France), Yolanda Herta (UPOV, Switzerland), and Natalie Iwanycki (Royal Botanical Gardens, Canada also attended the meeting as observers and contributed to it significantly. As a result of the meeting, the Editorial Committee designated to perform the editing of the Code and arrange it for publication was selected. This Editorial Committee included Chris Brickell as its Chairman, and Valéry Malécot, Crinan Alexander, Marco Hoffman, John David, Alan Leslie, and Xiaobai Jin. Janet Cubey was proclaimed Editorial Committee Secretary.

The Beijing Forestry University and Qixiang Zhang and Xiaobai Jin, the conveners of the Symposium, provided the facilities and hospitality for the Commission meeting.

The Chairman Chris Brickell, Janet Cubey, John David and Alan Leslie initially prepared the new edition at Wisley by using both  transcribed recordings taken at the meeting and the notes taken by the Editorial Committee Secretary. Next, the drafts were sent to all other members of the Editorial Committee initiating further discussion.  The final version and a request for an additional vote on the provisions of Art. 34 were also forwarded to each Commission member in order to consider all their comments and suggestions before the publishing.

The Changes Incorporated In the New Edition

The overall format and style and the general order of the Articles in the ninth edition remain the same as in the eighth which was published in 2009. However, the numbering within the Articles has been modified to take the removal and addition of certain provisions into account. The new edition of the Code thus includes the comparative key listing of all the modifications in numbering which were made to the Rules, Notes, Recommendations and Divisions between the two editions (The section titled: The Comparison Between the 2009 Code and This Edition).

Numerous changes and amendments relating to the Rules and Recommendations for the categories cultivar, Group and grex have also been introduced and listed in the Preface of the New Edition.

Where to Find or Buy The New Edition?

The newest edition of the International Code for the Nomenclature for Cultivated Plants, referred to as the Scripta Horticulturae 18, can be found online in the PDF form. It can also be purchased as a hard copy by ordering from International Society for Horticultural Science (ISHS), in which way you also support the work of the Society. The members of the ISHS enjoy 20% discount.

I’m Emily and after a ten year career as a journalist I have moved on to share my passion for gardening. While getting out in the garden is one of my favourite hobbies, and helps me de-stress after a long day in the office, I often found myself frustrated at not getting the results I wanted from my plants. Through blogging, I have uncovered the answer to lots of common problems and now I want to share my knowledge with other horticulture enthusiasts. Get in touch with me via: Pinterest, Twitter

[…] (For more information about the latest ICNCP, there’s an interesting article on Gardening Wizards, here) […]

Getting the Best Zero Turn Mower – The Handy Gardener’s Way

The best LED grow lights to give you amazing plants

Modern Fireplace- An Opportunity to Add Comfort to Your Lives

Why You Should Prefer Plexiglass and Polycarbonates for Home Projects

Things to Consider when Choosing Outdoor Furniture for Garden and Patio

You can find out more about which cookies we are using or switch them off in settings.

This website uses cookies so that we can provide you with the best user experience possible. Cookie information is stored in your browser and performs functions such as recognising you when you return to our website and helping our team to understand which sections of the website you find most interesting and useful.

Strictly Necessary Cookie should be enabled at all times so that we can save your preferences for cookie settings.

If you disable this cookie, we will not be able to save your preferences. This means that every time you visit this website you will need to enable or disable cookies again.